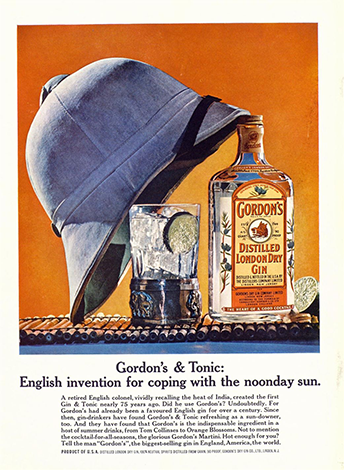 “Gin and tonic has saved more Englishmen’s lives, and minds, than all the doctors in the Empire.” – Winston Churchill

Join us on Friday, November 12 at the Allegheny HYP Club for an enjoyable multi-faceted event about the British love affair with gin.  Cocktail, Gimlet, Fizz or Sling?: A Gin Affair includes a gin tasting featuring all 4 traditional styles of gin (Genever, the Dutch ancestor of gin; Old Tom, Plymouth and London Dry) paired with a variety of delectable favourite British morsels (and some tidbits from further afield) that demonstrate gin’s surprisingly great flexibility.  Ticket includes 5 taster historic and contemporary gin cocktails and 5 small plates of assorted accompaniments; a presentation on the history of gin drinking in the UK; and a musical performance by The Wayward Companions historic music and singing group who will sing both tavern and parlour songs from that were popular in the 18th-early 20th centuries.

The presentation, by Kim Szczypinski of Britsburgh’s board and History Society, will look at the history in gin drinking in the UK from its origins in Dutch genever and arrival in the UK in 1570; its increase in popularity with British soldiers who fought alongside the Dutch in the Thirty Years’s War; its evolution into a distinct gin during the 18th century and the subsequent notorious ‘Gin Craze’ and its attendant social problems in London; the advent of the ‘gin and tonic’ in the 19th century and why it became a favourite of the Royal Navy and was said to be the drink that kept the British Empire healthy.

HYP’s distinguished Chef Steven Kightlinger will dish up dual food tastings with each cocktail, 10 pairings altogether, some distinctly British and others with their origins in the Indian subcontinent of the former British Empire.