Located on the second floor, the Main Dining Room is reminiscent of an old English Inn with its plank wooden floor and knotty pine paneled walls. Prominently painted on the walls to look like engraving, are the names of the Club’s founders and past presidents of Harvard, Yale and Princeton. Other walls contain the names of the presidents of the United States, members of the Constitutional Convention and signers of the Declaration of Independence who attended the three universities. As a tribute to the schools, the color scheme is crimson, blue and orange, including the cloth napkins on the tables. Servers know not to give a Harvard man a blue napkin. An open, built-in hutch at the end of the room displays limited edition Wedgwood china commemorating each university. 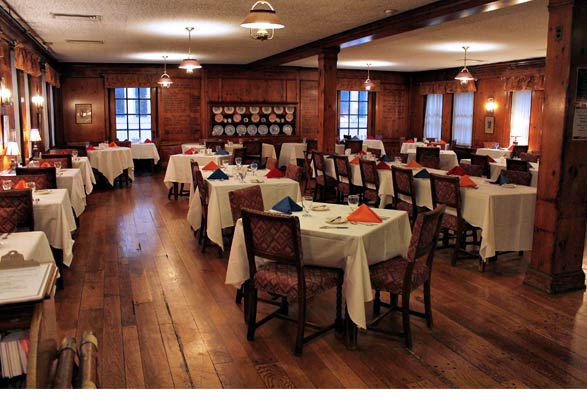